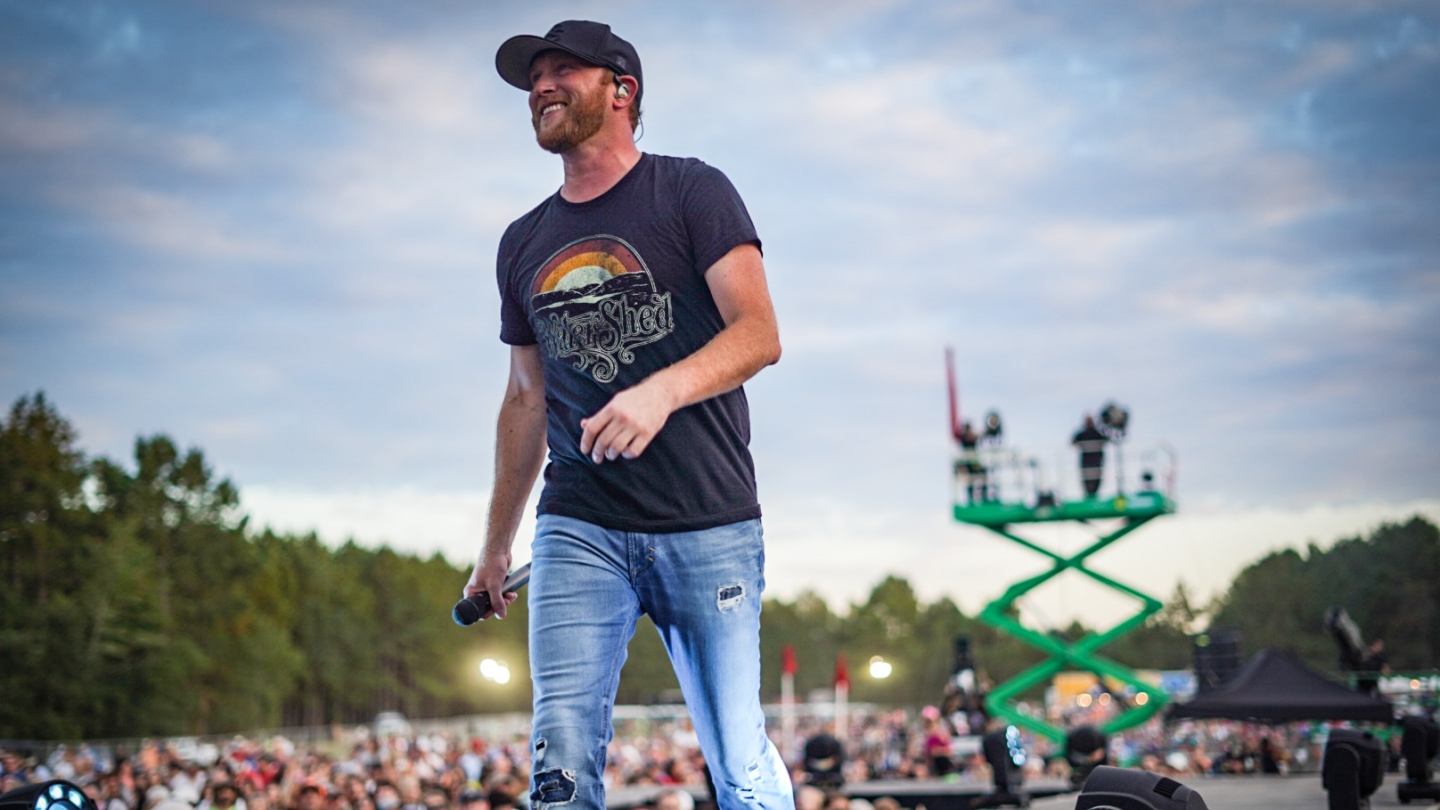 ARTIST BIO
In the FIVE years since the release of his debut album on Warner Music Nashville, Swindell has toured with the biggest superstars in country music including Luke Bryan, Kenny Chesney, Jason Aldean, Florida Georgia Line, Dierks Bentley and officially became a headliner on his own Reason To Drink Tours in 2018. Swindell has sold out all four of his Down Home Tours in support of the Down Home Sessions I, II, III, IV. He kicks off his headlining Down To Earth Tour in March 2020. Swindell has racked up an impressive and incomparable record-breaking NINE No. 1 singles (the only solo artist in the history of the Country Aircheck/Mediabase to top the charts with first seven singles); 11 No. 1 singles as a songwriter; one 1 billion+ audience reaching single (“You Should Be Here”), eight Platinum singles; a Platinum-certified debut album (Cole Swindell); a Gold-certified sophomore album (You Should Be Here) and over 1 BILLION on demand streams as well as numerous SONGWRITING honors and awards including being the NSAI Songwriter/Artist of the Year (2016), winning two CMA Triple Play Awards in both 2015 (as the only performer to claim the title) and again in 2016 (for penning three No. 1 songs in a 12 month span) and Music Row’s Breakthrough Songwriter of the Year during his debut (2015) with celebrated songwriting credits which include not only his own but “This Is How We Roll” by Florida Georgia Line, “Get Me Some of That” by Thomas Rhett, and several songs with Luke Bryan including his No. 1 single “Roller Coaster,” among others. Swindell’s own eight No. 1 singles include “Chillin’ It,” “Hope You Get Lonely Tonight,” “Ain’t Worth The Whiskey,” “Let Me See Ya Girl,” “You Should Be Here,” “Middle of a Memory,” “Flatliner” and now “Love You Too Late.”

The Georgia native has played on some of the biggest stages in the world including making history being the first-ever live radio and TV broadcast from the 57th floor terrace of 4 World Trade Center, overlooking the Freedom Tower where he performed his hit “You Should Be Here.” He has played high-profile national television performances on NBC’s Citi Concert Series on TODAY, ABC’s Good Morning America, The Ellen Degeneres Show, Tonight Show starring Jimmy Fallon, Jimmy Kimmel Live!, ABC’s CMA Fest specials, CMA and ACM Awards, MLB Network and Sports Illustrated among others.