An evening with D Mills & The Thrills’ 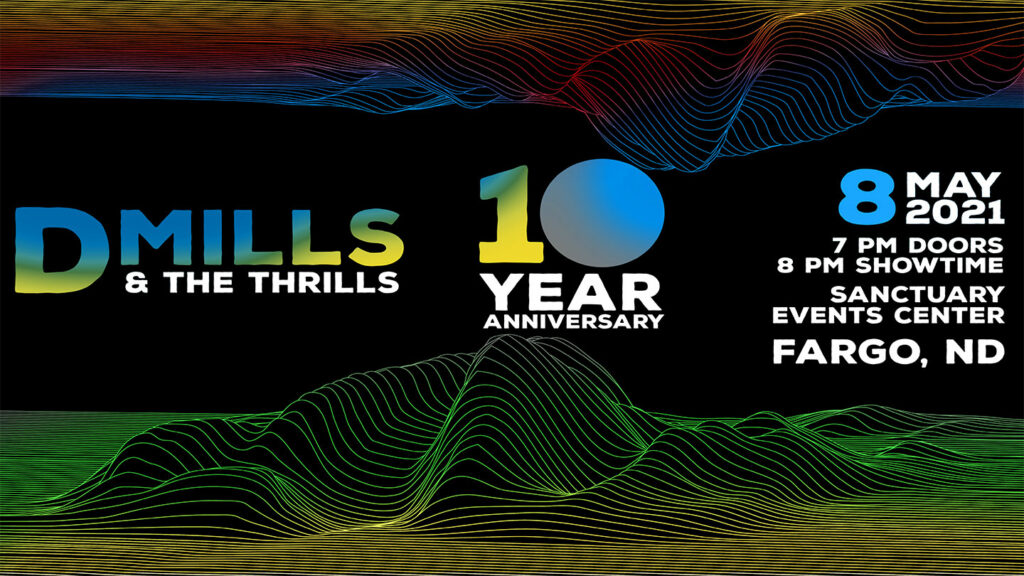 Tickets are sold in packs of 4 tickets. 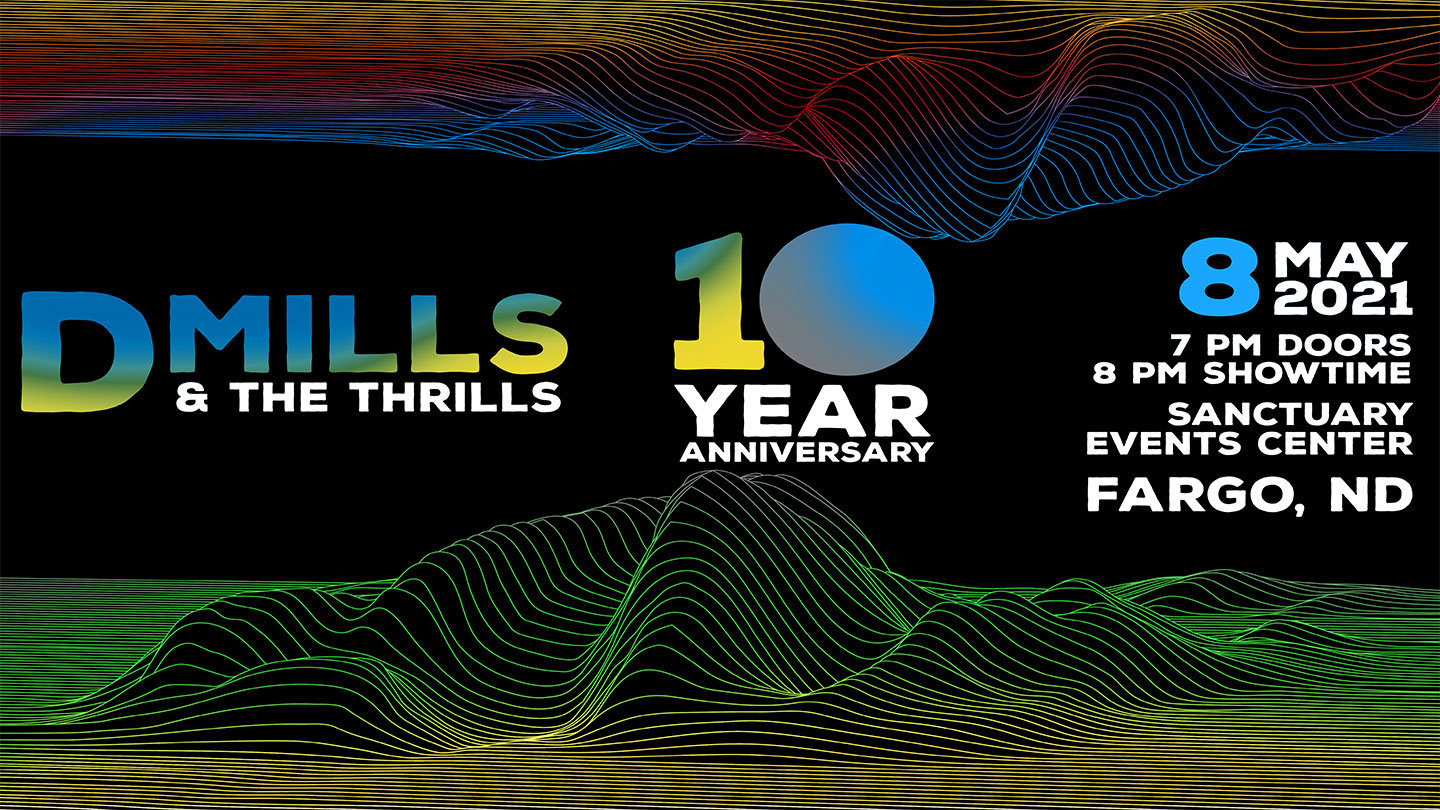 Tickets are sold in packs of 4 tickets.

Fargo’s own original hip-hop band D Mills and The Thrills will celebrate their 10 year anniversary at Sanctuary Events Center this May. Join us for an evening of socially distanced fun as ND’s acclaimed music group takes the stage for the first time since January 2020.

D Mills & The Thrills, led by eclectic musical powerhouse/emcee Diane Miller, take the rudiments of the urban genre of hip-hop and pair it with the personality of Midwestern musicians. Each talented member with an appreciation for hip-hop, yet whose backgrounds are rooted in folk, psych rock, indie, reggae and funk.
D Mills & The Thrills are as authentic as they are multifaceted. Each original song features lyrics told from a woman’s perspective on personal growth, vulnerability, mental illness and politics. The lyrics are written intuitively and are intended to challenge the listener as they are delivered with speed, rhythmic complexity and intense emotional energy. The Thrills accompany the language and voice with infectious, groove-oriented instrumentation.

D Mills & The Thrills have gone on to become one of the most celebrated original acts in the state, packing venues in Fargo, Bismarck and Minot, sharing the stage with names like Dessa, Marc Rebillet and Brother Ali, and performing throughout the region at venues like Fine Line Cafe in Minneapolis and Icon Lounge in Sioux Falls, SD. They even cover songs by legendary acts like Outkast, Beastie Boys, Rage Against the Machine, Jay-Z and more.

Miller, since moving to Minneapolis in the fall of 2018, has made a name for herself as a talent buyer and recording/performing musician. She’s toured nationally with Minneapolis rock band Kiss The Tiger; performed at popular venues such as 7th Street Entry, Parkway Theatre and Turf Club. She primarily serves as the talent buyer of Icehouse, though she’s also curated music for Women’s Entrepreneurship Day, Indeed Brewing Company’s Art-A-Whirl and Eat Street Music Festival. This past year, Diane became one of four recipients of the 2020-2021 McKnight Artist Fellowships for Musicians administered by MacPhail Center for Music.