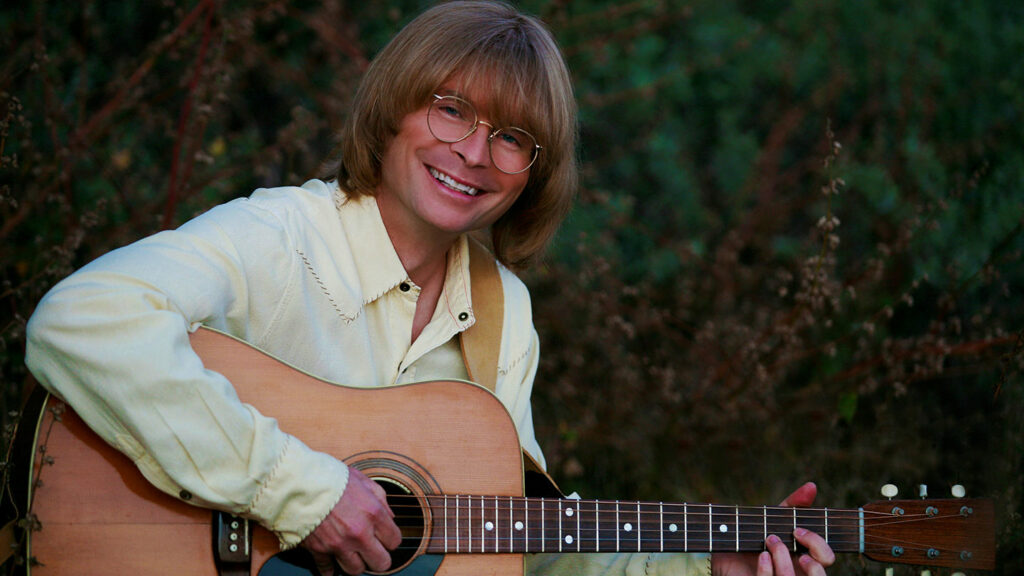 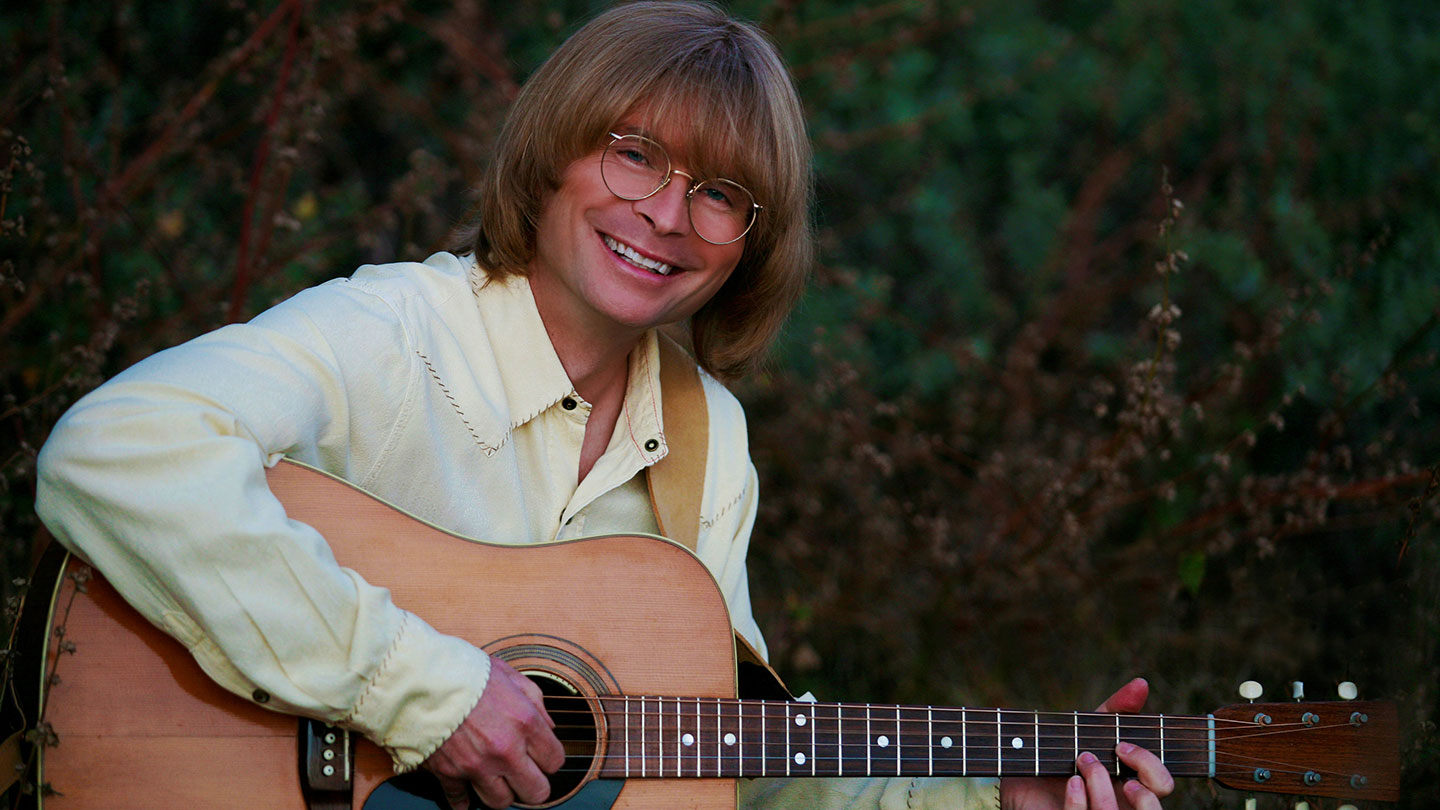 Rick Schuler makes his home in L.A., though he has lived in numerous places across the USA including Monroe Louisiana where he was born, and St. Louis Missouri where he grew up and found his voice. Ever since singer, songwriter, and adventurer Rick Schuler wore his first pair of round glasses at 13, the murmurs began. It was undeniable, he looked like John Denver, an artist he’d never heard of until that moment. It was during an era when the music of Denver permeated the airwaves with sweetness and sunshine, a salve to the wounded and weary soldiers returning home unloved from an unpopular war. “John Denver was the biggest star in the world, and I didn’t have any idea who he was,” says Schuler, who quickly discovered that Denver was the guy on the radio whose music he loved. “I was a very shy kid and John and me kind of became bonded. I taught myself to play guitar and it grew from there.”

Nearly four decades later, Schuler has emerged as the leading performer of John Denver’s music. His Rocky Mountain High Experience® is just that, a true experience. Even John’s bandmates sing Rick’s praises. Schuler not only sings, sounds, and looks like Denver, he shares his humanitarian spirit and incorporates his global works into the show. He performs in front of thousands of Denver fans at such wide-ranging venues as performing art centers, theatres, and outdoor festival stages, and has been featured on nationally syndicated television and radio shows. Also, Rick was chosen to open and close an upcoming major Hollywood film release called “Grace and Grit” starring Mena Suvari and Frances Fisher among others and directed by Sebastian Siegel.

Schuler can often be found performing with various members of Denver’s band, who marvel at the likeness and pitch-perfect timbre in Rick’s vocals. Schuler says critics did not understand John when he was alive. “They thought he was Pollyanna and superficial, but what they didn’t grasp is the deep, deep soulfulness in his music. He had a lot of pain in his life, and he expressed that pain in such beautiful melodies, tapping into other people’s pain too, speaking to the pain of a generation. Of all the songs of his I sing it’s ‘Sunshine’ that makes more people cry than any of them.”

Besides, in the lyrics of “Rocky Mountain High,” there are whispers of a protest song, as timely a message now than ever. And in typical Denver fashion, the protest comes in the form of uniting people in spirit, rather than dividing them. “There’s a line in there ‘why they try to tear the mountains down to bring in a couple more, more people more scars upon the land,'” says Schuler. “John stopped the Olympics from coming to Aspen because of that, so Denver did sing a lot of protest songs, particularly about the war in Vietnam.”

“The very first time John’s manager from the ‘80s, Doug Belscher, met me in Aspen, he expressed his astonishment at how strikingly similar I was to his dear friend.  Since that time and before I’ve had a lot of folks close to John express their experiences similar to this. I feel deeply connected to John not just through his music and his lyrics but also because we are both sensitive souls. As a Christian, I believe very much in God, and I believe in super-intention and those are things that we may not fully understand but I believe there’s evidence everywhere.”

It has been over 20 years since Denver passed away, and Schuler says he remembers the sorrow he felt on that day, but he also acknowledges he was deeply mysteriously moved by God. “I remember realizing that maybe now I would be able to carry John’s message for him,” he says. “His message so clearly is one of love for God, love for the earth, peace, as well as love for humanity.

It is uncanny how strangers feel immediately connected to Schuler, simply because he mirrors Denver in both body and spirit. And despite John’s death over two decades ago, his music continues to touch the world, proof with more than a hundred million views of Denver’s videos on YouTube. “John was a romantic, an anti-materialist in a materialist world, who sang from his heart while bearing his soul. I share that with him, and that connects me with people.” Besides, he says, history is also a great connector. “C.S. Lewis said it best when he stated one should read old books to let the breezes of the centuries blow through your mind. That is what John’s music and art taps into, that greater consciousness that is timeless.”

In addition to performing Denver’s hits, Schuler writes and performs hits of his own, including “Rainmaker,” a theme song that plays in 35 million homes each week. Among its lyrics is a Schuler maxim: “Live to inspire, and to be inspired…” Rick has four albums on iTunes and a newly recorded Nashville project awaiting release later this year. Among his latest gems is “Golden Days of Aspen Glow,” a beautiful song he wrote to pay tribute to John Denver and Dan Fogelberg, the footsteps that Rick’s walking in. “As we fling our souls deep into the breeze, life colors us and all our memories…”

Just as John Denver was known to perform The Lord’s Prayer in American Indian sign language, Rick performs it in Ancient Hebrew and then has his audience sing along with him the lyrics in English. “One of Rick’s favorite poets, Rilke, wrote, ‘Music is the language where all language ends.’ That is how I feel about John’s message. I’m just grateful to be a torchbearer of his legacy.”