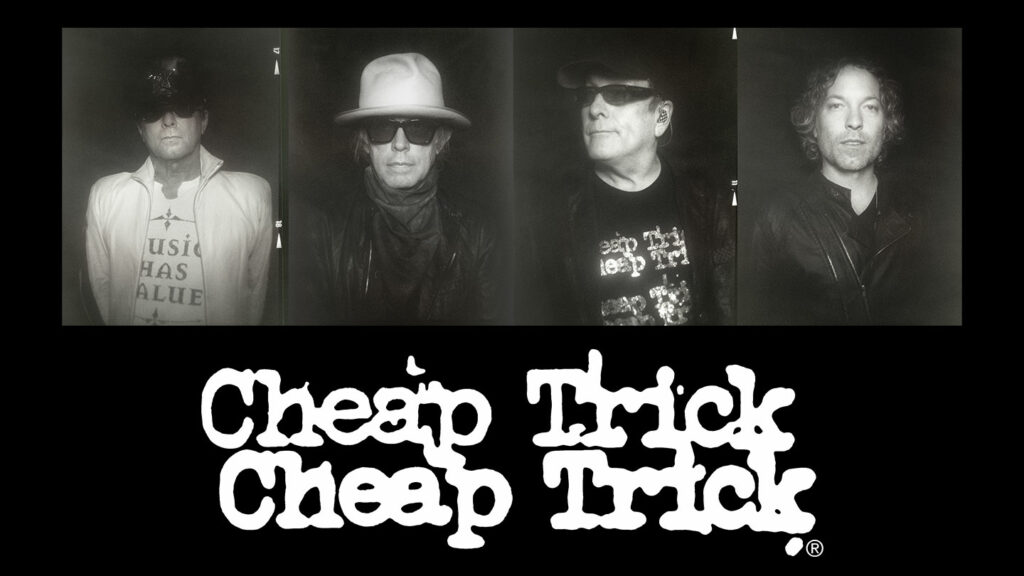 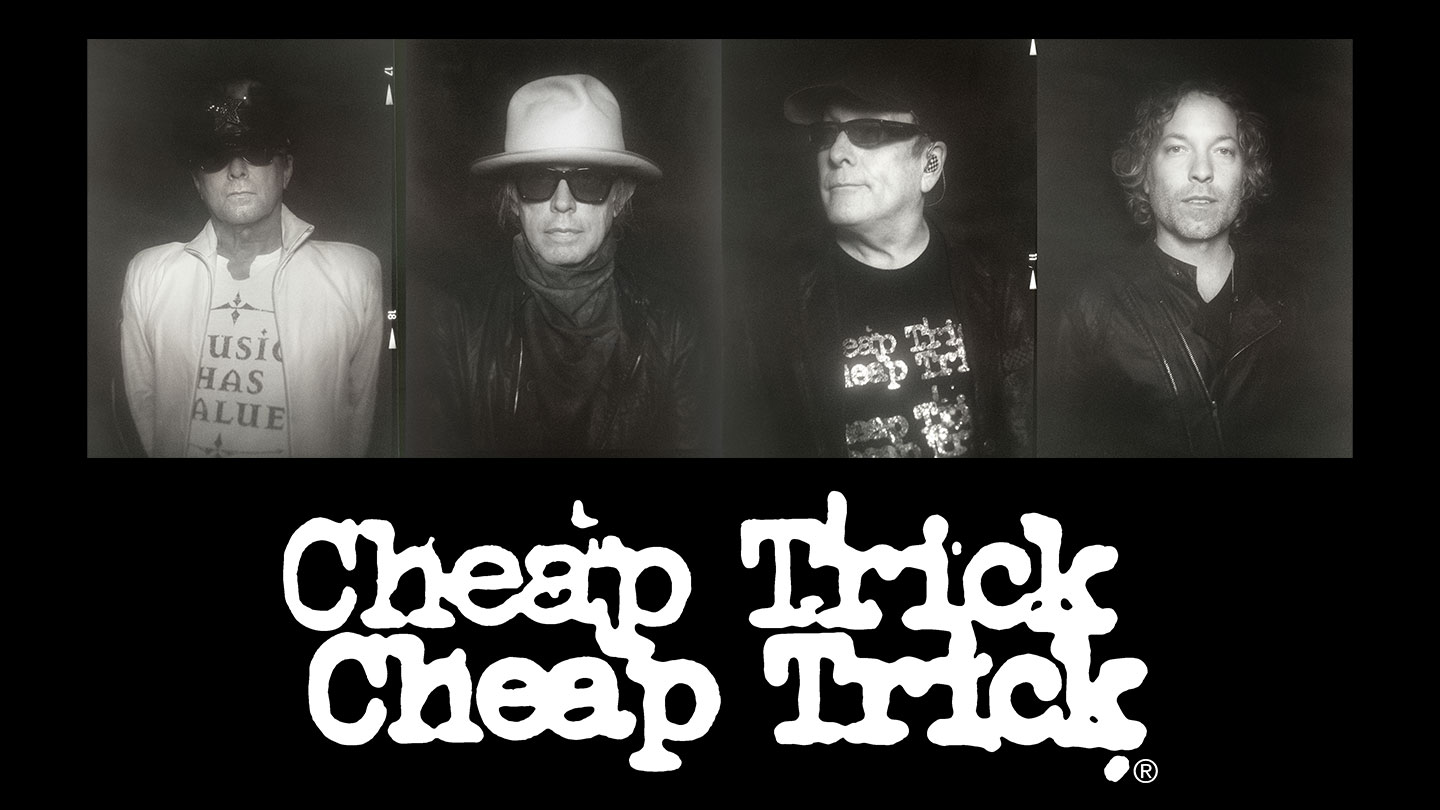 Cheap Trick are an indisputable American institution, beloved around the globe since 1974 for their instantly identifiable, hugely influential, brand of pop rock ‘n’ roll. The band–RobinZander (vocals, rhythm guitar), Rick Nielsen (lead guitar), Tom Petersson (bass guitar), and Daxx Nielsen (drums)–are true pioneers with an unparalleled streak of certifiably classic tunes, from “He’s A Whore,” “CaliforniaMan” and “Dream Police” to “Surrender,” “I Want You To Want Me” and the worldwide No.1 hit single,“The Flame.”

Having released three albums in the last three years–BANG ZOOM CRAZY…HELLO(2016),WE’REALL ALRIGHT(2017)andCHRISTMAS CHRISTMAS(2017)–Cheap Trick are as vital today as ever.2016 saw Cheap Trick’s long-awaited induction into the Rock and Roll Hall of Fame. The induction honored both the band and the pioneering sound that has earned them total record sales well in excess of 20 million and more than 40 international GOLD and PLATINUM certifications. 2017’sWE’RE ALL ALRIGHT!was yet another undisputed triumph for the band as the album’s first single, “Long TimeComing,” enjoyed an unprecedented run of 18 weeks at No. 1 on the Media base Classic Rock chart. Firmly cemented as one of the most important bands in music history,Cheap Trick will continue their reign as the top progenitors of power-pop having played over5,000shows throughout their career.